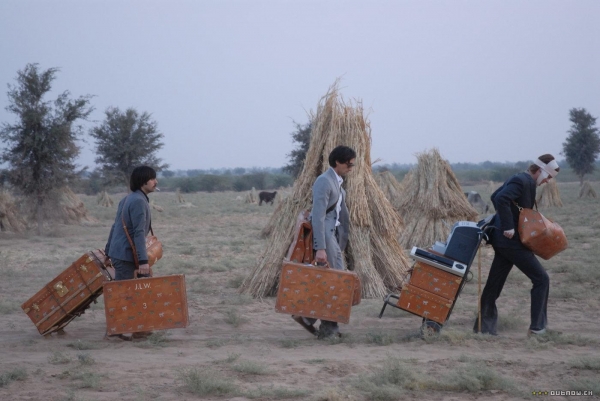 The other day as I walked along the street and rounded a corner I nearly tripped over one of those wheely bags a woman was dragging behind her. While my initial reaction was to give the woman one of my signature smartass remarks, I looked into her face, already with a pained expression, and realized I didn’t need to add anything. Walking away, it dawned on me that we never really know when we’re going to get tripped up. Which in turn moved me to ask the question: Are we carrying stuff around with us that not only is a heavy burden to ourselves, but also begins to trip up others around us?

We just love schlepping sh*t around with us. The luggage industry has been kind enough to create bags that we can now carry/wheel around with us throughout our daily life. There are television programs about people who have hung on to so much sh*t that they’re losing their loved ones as well as their homes being condemned.

If you’ve traveled by air, you know carry on bags have gotten large. People have decided, rather than pay extra to check their baggage, they’ll carry it with them. They drag their stuff through check-in, through security, through the corridors to their gate, dutifully stowing it safely above their heads. It seems safe I guess. If we hang onto our sh*t…we’re secure and safe, right? But are we really saving anything by carrying this stuff around with us?

A dear friend who travels the world and comes to New York often always checks a portion of her baggage. It’s a standing joke that, more often than not, her checked bags go missing with her first twenty-four hours or so in New York on the phone with the airline tracking her baggage. And despite not having clothing and toiletries, she always seems lighter. So, is having lost baggage really all that bad?

In The Darjeeling Express, three estranged brothers travel across India. They move through their adventure carrying their Father’s baggage with them from place to place. It’s only at the end, as they begin to get a clearer picture of their collective lives, that they toss the literal and metaphorical baggage aside.

As you move towards the end of the year, perhaps it’s time to lighten the load…to drop some of the baggage… open it up, check it out, unpack it…see what’s no longer serving you and most certainly what’s not serving the world around you. See what happens if you send some forgiveness or acceptance to just one item that you’re carrying around. Maybe it’s the one thing you need to stop tripping up yourself as well as the people around you. Allow your baggage to get lost. And don’t call to find it.

This entry was posted in Uncategorized. Bookmark the permalink.